On Tuesday 1 June 2021, Cinema e Ambiente Avezzano 2021 was inaugurated at the Orsini Colonna castle in Avezzano.

Yesterday was characterized by the theme “Distant worlds”, a category of the festival that aggregates all those film productions that allow spectators to explore places and realities that are mostrly unknown and inaccesible.

The first film of the day catapulted viewers to discover Chilean Patagonia. Emanuel Silveria with “A trilha da vida” made us relive a 4-day trek in Chile with the aim fo sensitizing families to experience uncontaminated places, in contact with nature and themselves.

Later in the day, “Queens of orango” by Raùl Bueno Herrera, “The conquest of the ruins” by Eduardo Gòmez, “Cinco heridas“ by Isamel Alveleira, “Saber agua” by Edward Davies and “The naked arctic adventure” by Paula Miquelis and Stephanie Dickson were screened.

The evening event saw the Italian premerie of “Ophir” a documentary by Olivier Pollet and Alexandre Berman, which tells the story of an extraordinay indigenous revolution for life, land and culture, which led to the potential creation of the youngest nation of the world in Bougainville, Papua New Guinea. A poetic but dramatic ode to the indelible thirts for freedom, culture and sovereignty; thefilm sheds light on the largest Pacific conflict since World War II, revealing the visible and invisible chains of colonization and its enduring cycles of physical and psychological warfare.

The festival will resume today 2 June at 3 pm with the work of Manuel Camia “Plastic river“, a documentary focused on the annual commitment of Tiberio, an Italian who plows the Lombard rivers in kayak, cleaning them of plastic waste.

At 6 pm, with the presence of Arianna Rodriguez Chusino producer of the film, “Built lands” will be screened,, a documentary by Arturo Dueñas Herrero which tells the story of Felix Cuadrado Lomas, one of the artist who decided to settle in a village in Spain, determined to reflect the landscape that surrounds it: the lands built by those who work there.

At 8.30 pm there will be the screening of “Ethical Intricacies“, a film that tells the revolution that is taking places in Italy to make the fashion sector more sustainable, with the presence of Lorenzo Malavolta and Lucia Mauri, the two directors who will present their work.

To consult the complete program and to book tickets for the individual screening, we invite all intereste parties to consult the respective link  “Program” e “Tickets”. 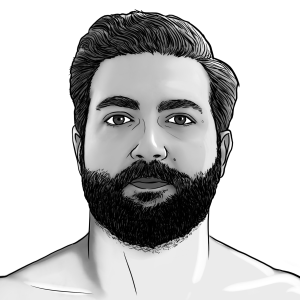